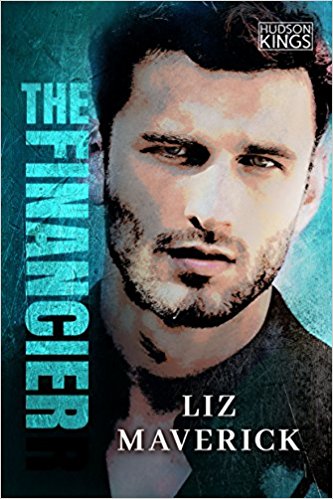 Book 2 in the Hudson Kings Series

A job to die for. Women to kill for. Dangerous times call for dangerous men like the Hudson Kings—and making it out alive is only half the fun.

Nick Dawes just had to go and prove something to himself. The brilliant moneyman of the Hudson Kings is in deeeep trouble after losing $20 million during a “freelance” heist, and now a Russian crime boss wants the money and Nick’s head. Nick needs to make himself scarce—and find someone to babysit his fish. Someone like lush, gorgeous Jane MacGregor, who might just be the death of him…

After being swindled by her jerk of an ex, Jane can’t say no to house-sitting a luxurious Fifth Avenue penthouse. The only downfall—aside from Nick’s tendency to show up covered in bruises and blood—is an increasingly strong attraction to her superhot and expensively suited-up new boss. Never make the same mistake twice.

But when Nick’s dangerous profession crashes in on Jane’s quiet little world, all hell breaks loose. And Jane is about to find out just what kind of man she’s falling for.

is part of the Hudson Kings Series. The reading order is as follows: 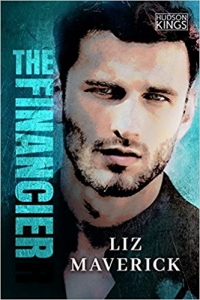 “How does the daughter of con artists let herself get bilked out of fifty K?” Nick asked gently.

Jane blinked. It was not the first time she’d heard this question. In fact, she’d asked herself the same thing many, many times. “I wanted something to believe in, Mr. Dawes. I thought he could be an anchor. Nana’s my anchor, and she’s . . .” She choked up a little. “She’s getting old, and I guess I just really wanted to believe in him, even though . . .”

“Even though what?” Nick asked.

God, this was hard to explain. Even harder to talk about, now that she knew the difference between wanting to love somebody and being simply unable to stop your heart from hurtling toward that person regardless of what you want. The latter was something you couldn’t control; it just was. It just was . . . God, Nick, can you tell what I’m feeling when I look at you? Jane stared at Nick and forced herself not to let it show how hard she was falling for him. “I wanted so badly to believe in him,” she said. “He asked me to move in with him and then set up a joint account and started sending my paychecks there. Obviously, that didn’t work out so well for me.”

“I’m sorry,” Nick said. And then he added politely, “I’d like to break his legs for you.”

“Please don’t,” Jane said with a grin. “Although, I do appreciate your support. And anyway, thanks to you, I’ve got my nest egg back. I don’t need money as badly as I did before. I can pay for Nana, and I can rent a place while I look for a permanent position,” she added, knowing full well she was testing . . . him, the situation, her own heart.

Nick stared at Jane. Why is he looking at me like that? His eyes took in her face and then slowly traveled down her body. Then he kind of smiled to himself and forced his gaze to the wall. Wake up, Jane. He likes what he sees. You let Ally doll you up so Nick would notice. He noticed. Her temperature hiked; she could only pray she wasn’t blushing. Too much, anyway.

“You made a commitment to me,” he said.

Man, I like the sound of that. Jane swallowed hard. “That’s true. And there’s the fish.”

“So I think I should just complete the job as per our original agreement,” Jane said.

Nick visibly relaxed, sitting down at the table with a muttered “Great” and taking what seemed like excessive interest in the mail, given it was mostly junk.

“I’ll be home late tonight,” she blurted, staring at that gorgeous face, emphasizing her total lack of cool as she sat down in the chair next to him with an undignified thump. “Just . . . saying. In case. You call to check on the fish. Or . . . something.”

Nick looked up. There was a long pause. “Or maybe you should just call if you feel like talking,” he finally said in that quiet, quiet voice.

What? Really? Why? What does that mean?

“Or if you don’t, just shoot me a text so I know you’re home safe.” He didn’t seem to notice when he did it, but he reached out and pulled a scrap of paper, left from the ripped envelopes, off her sleeve.

His fingertips moved lightly across her wrist, and Jane wanted to melt. She was hot everywhere, sweat sliding between her breasts. The new blouse suddenly felt like a sweater. A sweater she wanted to yank the hell off before body-slamming Nick Dawes to the floor. “Yeah. Of course. I’ll check in when I get home.” She gave him a tight smile, suddenly not sure what to do with all the parts of her body. Poor body, so confused. She wanted to shake hands with her boss and call him sir and then stick her hand down his pants and get him off.

“I know! Right? It’s so goddamn hot in here.” Jane looked randomly around for a thermostat, her heart slamming around in her chest. And then she made the mistake of looking back at Nick. He was watching her, a little curious and a little intrigued. She could see it all there in the slightly incredulous tilt of his smile, the one from Bianchi’s on interview day. He’d wanted her that day, and she’d gotten this job.

He wanted her now.

“Jane,” he said again, his voice throaty and stern, in the good sort of way, like he thought she needed a good talking to. Or a good—oh, god, I am so turned on right now. What is wrong with me? He’s my BOSS. Red alert! Red alert! Abort mission! Do not pass go! Hold the door, for fuck’s sake, Jane. HOLD THE DOOR!

Nervous and aroused beyond any past experience she’d ever had, Jane stood up and shoved the mail at him, saying, “HERE’S YOUR MAIL, MR. DAWES, SIR, SIR, SIR,” in a voice that was entirely too loud, and then, of course, accidentally toppled the pile of envelopes and bumped the package off the table with her elbow.

They went for it at the same time, meeting on the floor on all fours, their faces an oxygen molecule apart.

If chastity was the goal, “on all fours” was apparently the worst configuration a body could make when it came to designer blouses with massive cowl necks. The folds of her fabulous new top instantly dropped away from her body; Jane froze, realizing he had a view of—oh, Jesus, what can’the see?

Jane managed to move her gaze in time to watch Nick’s lips part just slightly. His eyes moved oh so slowly, from her face to her neck and down her shirt. She could feel her nipples harden, the wetness sliding between her legs as she shifted.

And though you’d never be able to call him a gentleman for it, Nick Dawes was certainly appreciating what was being offered. 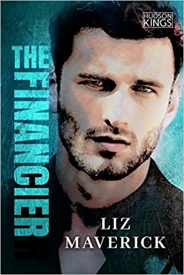 Listen to an Audio Excerpt →