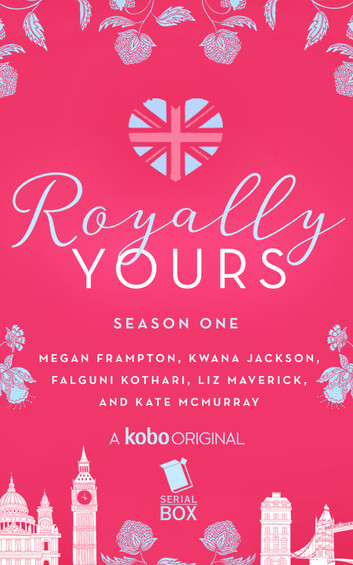 Royally Yours is a six-part feel-good serial inspired by the upcoming Royal Wedding. It was dreamed up by a team of writers including Megan Frampton, K.M. Jackson, Kate McMurray and Falguni Kothari.

I wrote Episode 1, The Paparazzo and the Queen’s Guard, in which American paparazzo Gwen Parker locks lips and swaps snappy banter with a member of the Queen’s guard, the very British Jack Churchill. She’s all about big ideas and big risks. He’s a tall, dark hunk of delicious discipline. (Well, except for the part in the cupboard. He really can’t stop himself then.)

The two opposites find common ground when Gwen tries to sneak inside Buckingham Palace to snap wedding day pictures; Jack’s got a much different plan in mind for her. And Gwen’s beginning to think his might be the better idea… 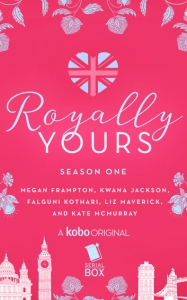 T-minus one day to the biggest wedding in the world. Standing on the sidewalk outside the Grand Hotel, Gwen Parker squinted into a surprisingly bright Friday morning in the center of London and confirmed her decision to give her latest crazy scheme a shot. “Crazy” had already proven to be surprisingly effective. She was having the best week ever of her career. There was no reason to back off now.

Gwen was no stranger to London, but in the run-up to the royal wedding between Prince Richard and his bride-to-be, American singer Meredith Bast, something special had happened to the city.

It was the communal sense of pure, unbridled joy.

Gwen tossed her empty coffee cup in a trash can and took in a deep breath, a little high on the vibe. She absently patted her camera, confirming it was still at her hip, and gave herself a moment to soak in this new version of London. It sure was nice while it lasted. The sunshine included.

The city was packed, with tourists and locals alike shoulder to shoulder at every corner, but everyone took the crowds in stride. Even a seasoned New Yorker like Gwen would have a hard time frowning at the fun and the fantasy of this occasion.

So, yeah, she’d walked these streets a hundred times before. She’d come plenty close to royals before. She’d gotten lucky with her photos from here in the past, although not as lucky as today. But there was something special about a divorced American celebrity marrying into the British Royal Family. Like anyone – even one who’d been as doomed in love as Gwen – could find their prince.

Note from Liz: Okay, so this was more like a teaser than an excerpt! I’ll post more soon. 🙂 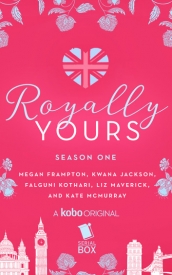 → As an Amazon Associate I earn from qualifying purchases. I also may use affiliate links elsewhere in my site.